To schedule Lizzie for your next event as a speaker or to do a cooking demo, contact Lizzie Marie at: lizzie@lizziemariecuisine.com


December 12, 2015
Massachusetts Institute of Technology, Guest Speaker at Launch Alumni Conference
Lizzie was invited to speak at MIT's Launch program conference that teaches high school students how to launch businesses and become an entrepreneurs.  Lizzie talked about some challenges of being a young entrepreneur, tapping into social media to grow a business and how a business can evolve into a new direction. 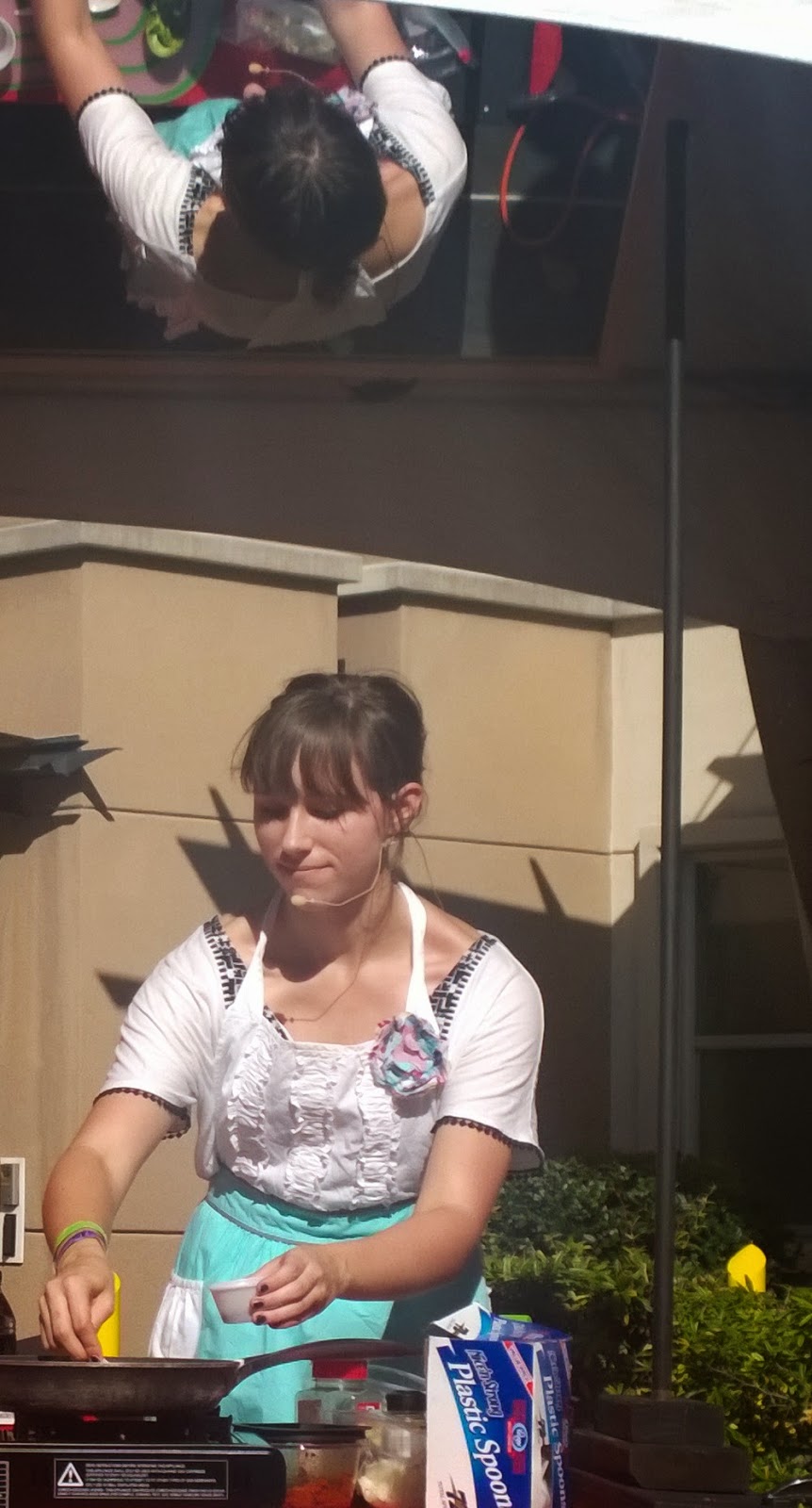 June 25, 2014
"Five young entrepreneurs share how they started their businesses" by The Guardian, London
Learn Lizzie's keys to money management for building a company.
Get the details here.

May 23, 2014
Entrepreneur Kids Academy
10 year old entrepreneur, Enya Hixson, chats with Lizzie about the highlights and challenges of building a business.
Listen to the podcast here.

December 13, 2012
WebMD FIT Kids
Lizzie's back in the WebMD kitchen serving up a dish of videos for the FIT Kids series.
http://fit.webmd.com/kids/food/videos/food-videos?vid=vd-1891-kids-0001

September 9, 2012
Eat, Play, Girl Scouts Healthy Living Expo
Girl Scouts tapped Lizzie to be the keynote speaker at their exciting event focused on how to become healthier inside and out.  https://www.gsgatl.org/About-Us/100th-Anniversary/Pages/Eat-Play-Girl-Scouts-Healthy-Living-Expo.aspx

June 20, 2012
Bing and DoSomething.org "Summer of Doing" Event
The Bing "Summer of Doing" tour stopped in Atlanta where Lizzie worked with students at a local high school along with DoSomething.org.  Teams worked on the Do Something That Matters mural in the cafeteria, decorated the new mobile classroom and created a new mural outside the school.  To learn how you can do something positive this summer visit Bing.com/doing

Some special guests stopped by: 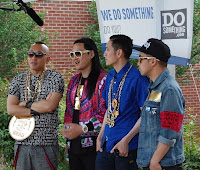 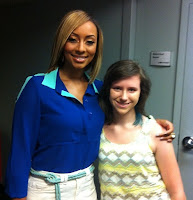 June 19, 2012
Lizzie talks with Keri Hilson and CNN's Brooke Baldwin and about "Summer of Doing"
Lizzie explains how easy it can be for youth to make a difference in their communities this summer with the help of Bing and DoSomething.org.
Watch the interview here.

October 26, 2011
"Lizzie Marie Cuisine: 11-Year-Old Entrepreneur Creates a Cooking Empire" by Huffington Post
Read Lizzie's in depth interview where she reveals her secrets to keeping things balanced between being a kid and having a business. Read the article on Huffington Post here.

October 13, 2011
Lizzie listed as one of "Business's Teen Titans" by MSN
Lizzie's entrepreneurial journey began in 2006. Read the article on MSN here.

October 7, 2011
Lizzie featured as one of "25 and under: Next-gen Female Entrepreneurs" by Fortune on CNN Money
Lizzie shares advice for entrepreneurs. Read the article on CNN here.

May 27, 2011
Lizzie listed as one of "8 Kid Entrepreneurs to Watch" by CNN Money
Scott Gerber, the "Simon Cowell of young entrepreneurship" wrote an article covering young and upcoming entrepreneurs and listed Lizzie as one of 8 to keep an eye on. View the article on CNN here.

March 17, 2011
WebMD launches Healthy Cooking with Chef Lizzie
WebMD's new FIT channel is based on 4 pillars: Food (what you eat), Move (need to exercise), Mood (your emotions) and Recharge (rest and relax). FIT teaches families how to live healthier by offering fun games for the kids and great tools for the parents. Lizzie filmed several episodes including her Green Eggs and Ham and Banana Breakfast Bash. View all of the episodes by clicking here.

January 17, 2011
The Rachael Ray Show with DoSomething.org and USA Today
Press Release: USA Today and Rachael Ray Launch Kindness Challenge
Lizzie Marie was selected as a contestant with The "Kindness Challenge," a new type of challenge where five young difference-makers, all DoSomething.org alums, will be flexing their civic muscle rather than physical muscle for a specific philanthropic goal that they've set! Not only will they be updating you on their progress along the way, you'll be able to give advice and support them on their difference-making quest. 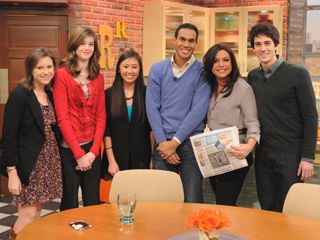 December 17, 2010
Big Shanty Intermediate School in Kennesaw, Georgia
Lizzie teamed up with the Metro Atlanta American Heart Association and the Atlanta Falcons for the First Down for Fitness event which addresses childhood obesity through the NFL Play 60 Challenge. Students had an opportunity to learn the importance of keeping active and eating healthy on a daily basis. 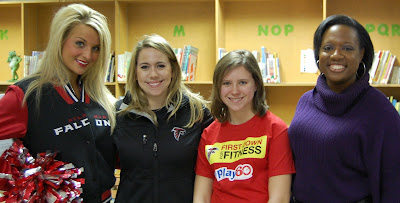 October 24, 2010
Taste of Atlanta
Lizzie had a great time on stage with local radio personality "Crazy Mike" from Star 94. She demonstrated how to make her "Pompeii Pasta Salad." The audience was captive:

October 19, 2010
Do Something Book Signing Event
The Do Something book tour came to Atlanta and Lizzie spoke to students of Inman Middle School in Atlanta to inspire other young people to take action to improve
their communities. She had a great time signing books with Do Something CTO, George Weiner. 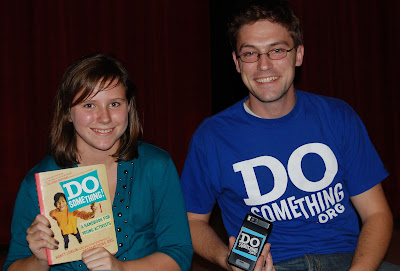 May 8, 2010
Thomaston Bluebird Festival
Lizzie Marie was invited to present a live demonstration of some of her fun and healthy recipes at the first annual Bluebird Festival in Thomaston, Georgia. She was also honored with presenting the prize trophy to the local vendor who provided the most popular "healthy lunch box" to a panel of kid taste tasters. The news article about the event is linked here.

October 2009
Inspiring Students to Cook Fresh, Fun, and Healthy Food
Lizzie Marie cooks up a storm at the First Down for Fitness event with the Metro Atlanta American Heart Association and the Atlanta Falcons to address childhood obesity through the NFL Play 60 Challenge!


November 12, 2008
GrandParents.com
The Culinary Prodigy — an article about Lizzie's success as well as links to several of her recipes and her tips on using blogs to connect with family!

October 2008
Taste of Atlanta
Lizzie was invited as a kid chef to demo here special "Green Eggs and Ham" recipe for the inaugural Kids' Avenue.

December 19, 2007
BusinessWire
Ten Young People Honored as Champions of Health and Wellness in their Communities

December 16, 2007
Do Something
Del Monte Do Something Good for You! Grant Winner